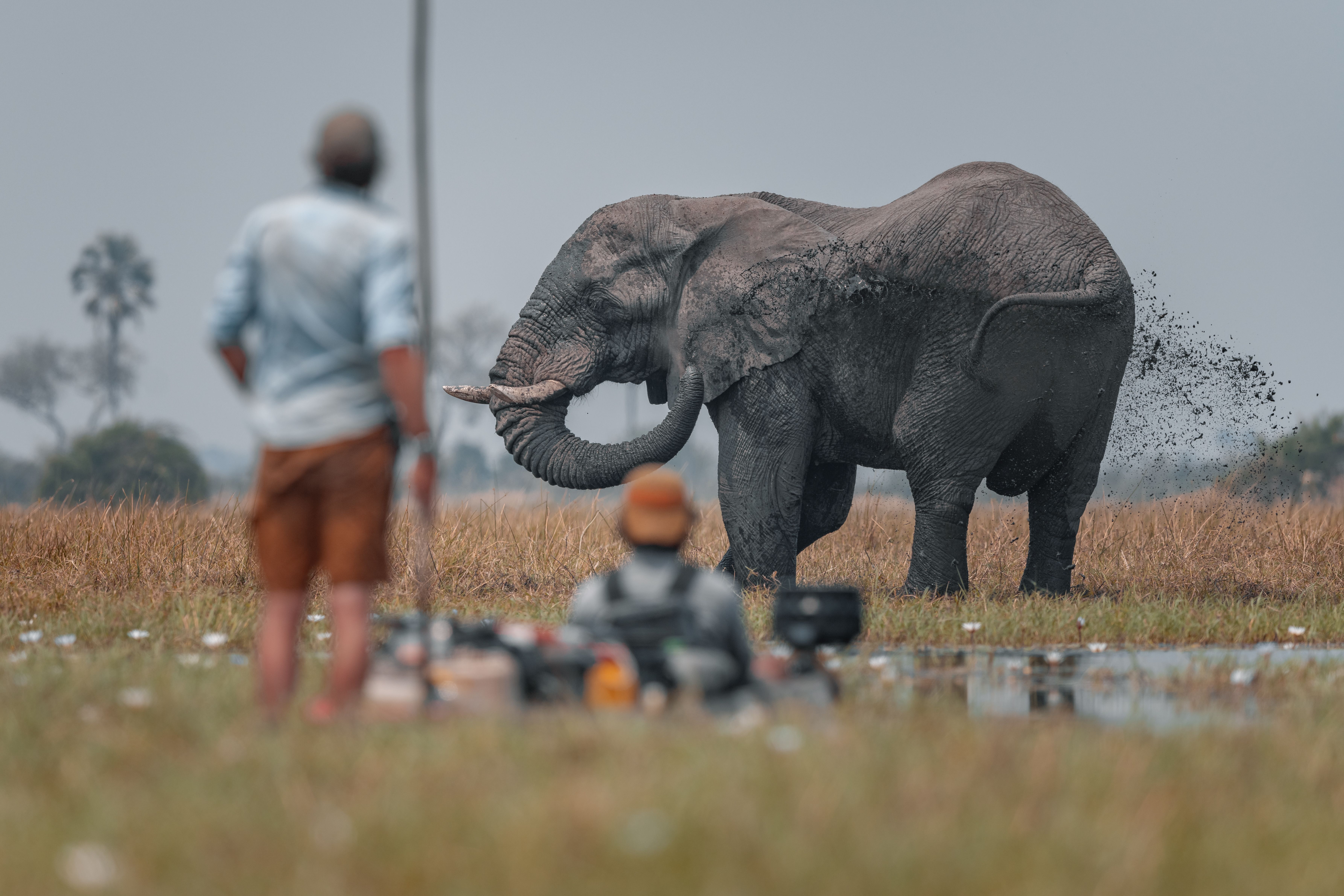 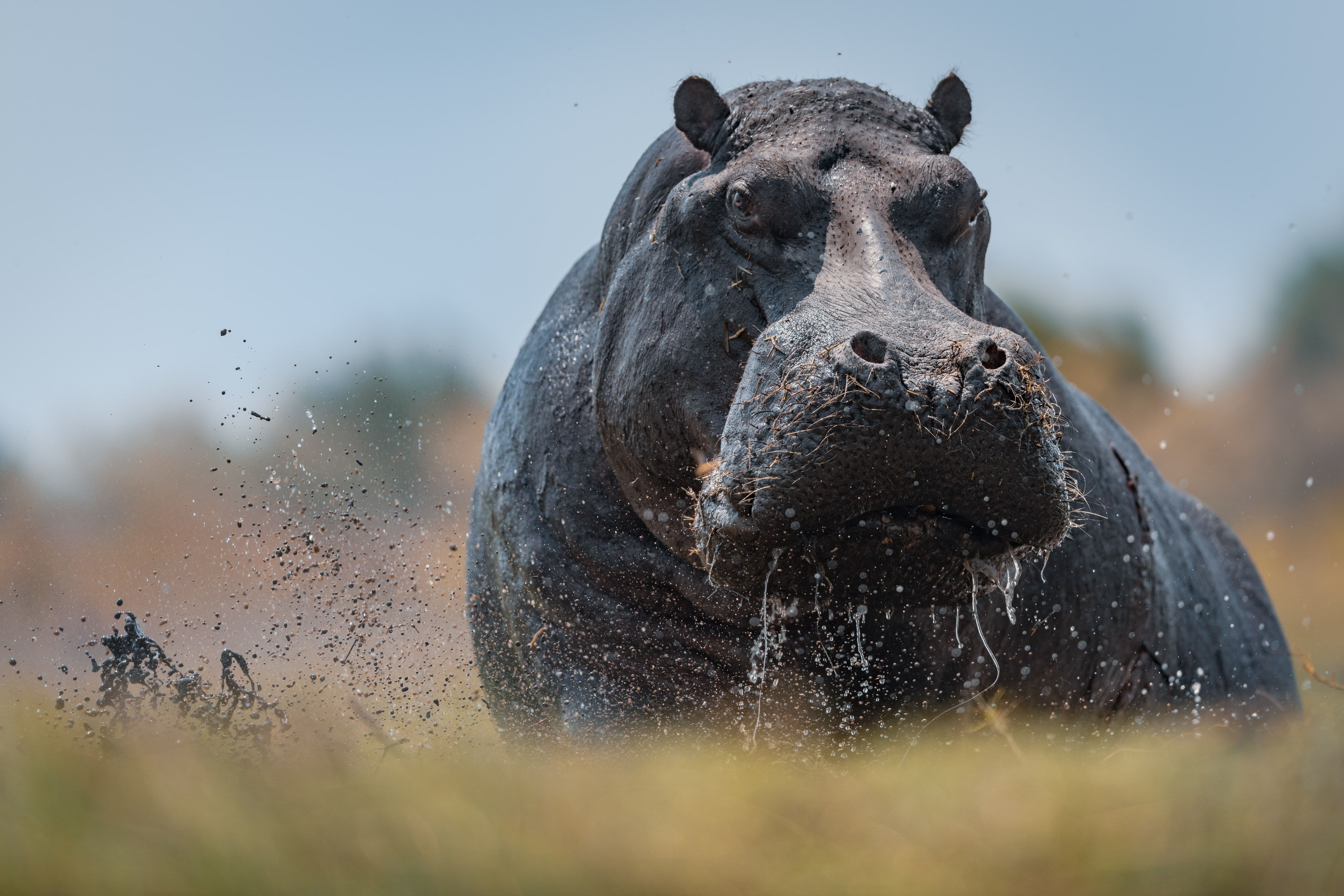 The Okavango Delta, located in northern Botswana, is one of the largest freshwater wetlands in Southern Africa, it falls within the larger Okavango River Basin which spans the countries of Angola, Namibia and Botswana and is the main source of water for a million people, and one of Africa’s richest places for biodiversity—home to over half of the remaining elephants on the planet, as well as populations of lions, leopards, wild dogs, buffaloes, giraffes, hippos, and rhinos.

The Okavango-Zambezi Water Tower, which begins in Angola, is the primary water source for the Okavango Delta. This region’s vast landscape of lakes, peatlands, miombo woodlands, and rivers provides sanctuary for a high concentration of biodiversity. Protecting this water tower—known by the Luchaze people as Lisima Iya Mwono, or “Source of Life”—is fundamental to the future of the Okavango, Kwando, and Zambezi rivers.

Become a champion for change. Any donation will help us to conserve our incredible wildlife heritage.

Since 2015 the NGOWP has systematically explored the major rivers that sustain the Okavango delta namely the Cuito, Cuanavale, Cubango and Cuando.

Since 2015 the National Geographic Okavango Wilderness Project has systematically explored the major rivers that sustain the Okavango delta namely the Cuito, Cuanavale, Cubango and Cuando. This entailed land-based expeditions to rediscover the river sources in the highlands of Angola followed by mekoro (traditional dugout canoes) expeditions all the way to the rivers’ ends whilst recording data on biodiversity, ecosystem health and socioeconomics. The team soon recognised the importance of what has now been termed the Okavango-Zambezi Water Tower, a giant pile of Kalahari sand rising to 1.8km with a footprint larger than Greece. Ample annual rainfall over this water tower percolates into the sand to be discharged slowly and consistently into the rivers that flow from it. 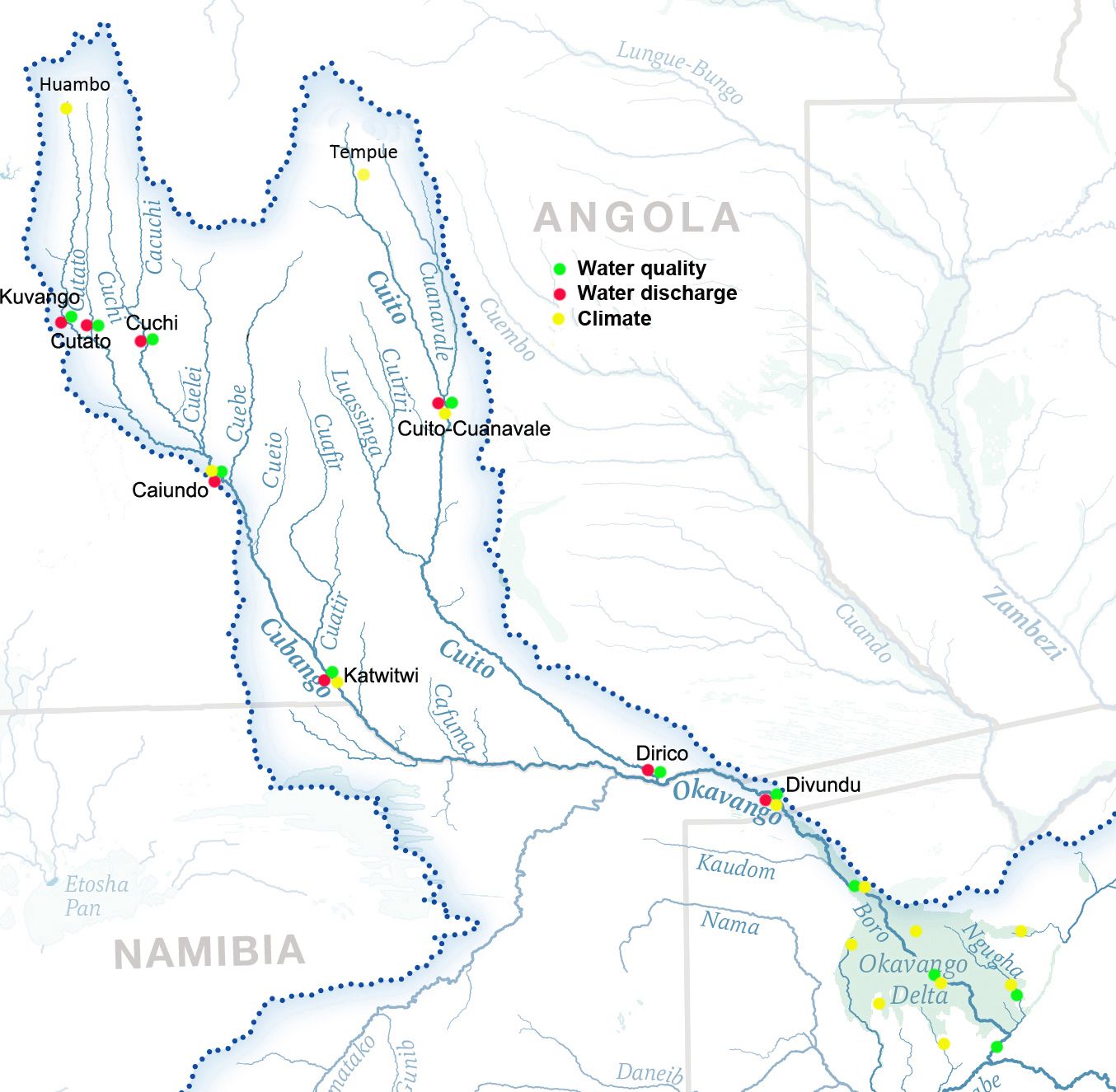 Proposed deployment sites of hydrological stations throughout the Okavango Basin. 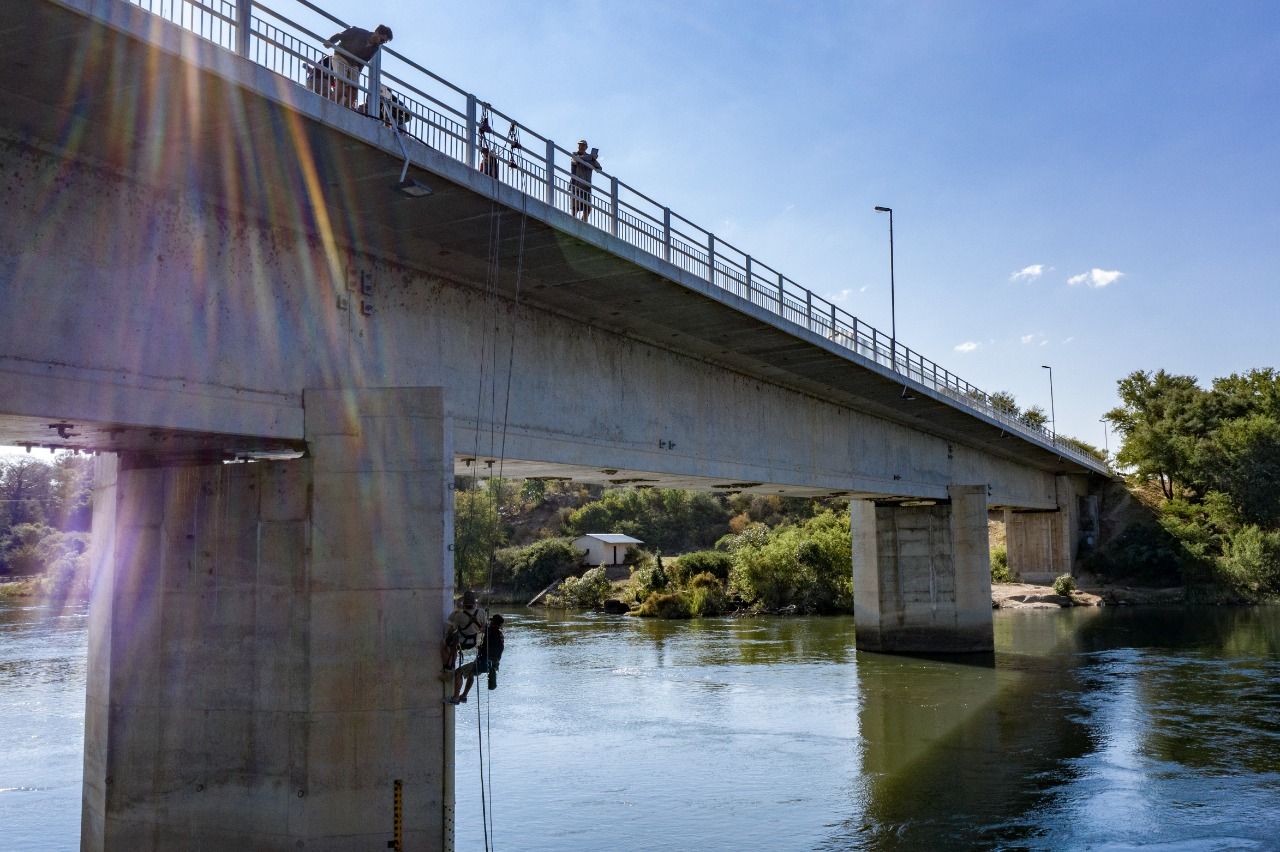 Through exhaustive consultation, workshops and symposiums with relevant stakeholders, experts and institutions, the National Geographic Okavango Wilderness Project and its partners devised a hydrological monitoring plan that records water discharge, water quality and climate at several strategic locations throughout the Okavango Basin. The Okavango delta would not exist without this steady recharge of water, yet in the face of economic development and climate change, water flows require careful monitoring in order to predict adverse changes in the hydrological functioning of these rivers – and ultimately the continued livelihoods of people and wildlife downstream.

Since 2015 the NGOWP has systematically explored the major rivers that sustain the Okavango delta namely the Cuito, Cuanavale, Cubango and Cuando.

In 2018, three filmmakers joined the National Geographic Okavango Wilderness Project team in Botswana as they surveyed the wildlife and ecosystems on mekoro (local dug-out canoe) The video series was recorded by two cinematographers and an audio recordist who were in the Okavango with the National Geographic Okavango Wilderness Project team for three weeks. They used a Yi Halo VR camera, which has 17 cameras arranged in a circle, and they captured spatial sound, which is essentially 360-degree audio that moves with the video’s viewer. The outcome was a 4 part 360-degree video series, the “The Okavango Experience”. 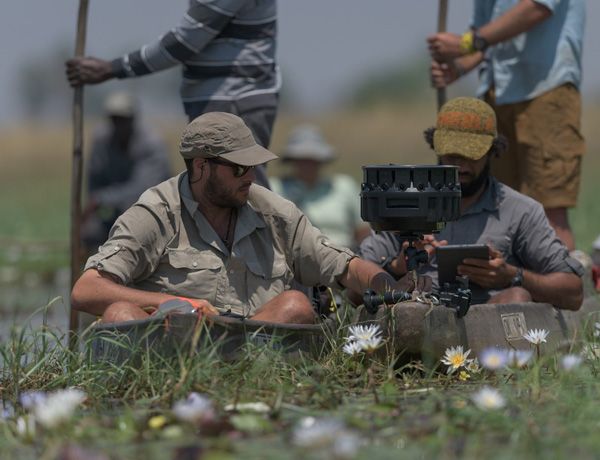 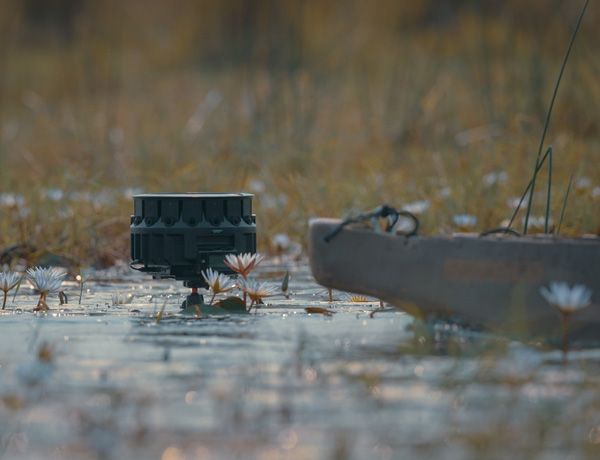 Immerse yourself as you venture through this wilderness and get very up close and personal with its most iconic creatures. Sit at the feet of an elephant as it passes by, glide through the channels on a mekoro while being watched by a hippo, listen to the local bird and frog sounds and enjoy the sun set over the grasslands as you sit beneath a 2,000-year-old baobab tree.

Read about all the latest news, research and inspiring stories on The National Geographic Okavango Wilderness Project

Subscribe to our newsletter to recieve exciting news about our projects.